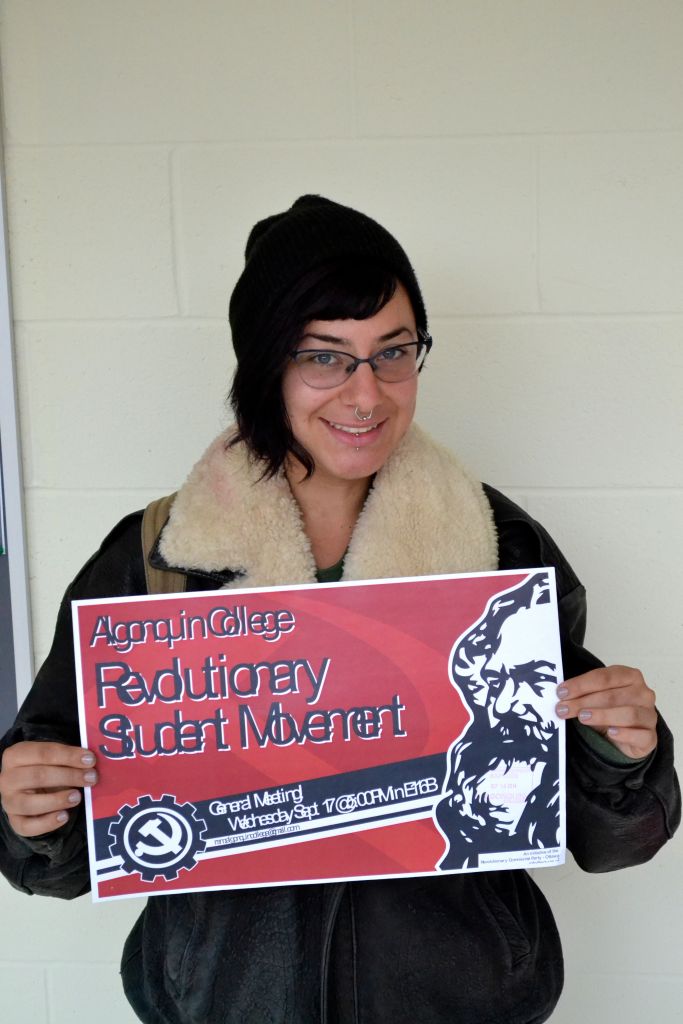 Algonquin’s Revolutionary Student Movement (RSM) had to postpone the unveiling of its new People’s Stone Soup (PSS) initiative due to recent changes in policies regarding safe food handling.

The initiative was expected to be up and running for Sept. 17, but has been rescheduled to kick off Sept. 24.  The RSM is hoping to have the necessary safe food handling documents in time for the rescheduled date.

“We came to a bunch of new policies that had been adopted coincidentally as soon as PSS started to be a thing,” said Regina Nebel, acting chairperson for the RSM.

“It’s kind of like an official paper that is important to have because it’s important to regulate food but it’s a lot of time and a $50 course,” Nebel says.

According to Patrick Newell, clubs and community coordinator for the SA, the policy change was enforced this year as a liability issue to protect students from getting ill. He says students will be reimbursed for acquiring this certificate, which is necessary for serving hot food.

The goal of PSS is to provide lunch service to students in the form of a soup and sandwich combo.  While a weekly serving was the initial goal, lack of donation is making a biweekly serving look more plausible.

The RSM received about $600 from Ontario Public Interest Research Group for necessary equipment and has secured bread they would need from multiple sources.

The Algonquin PSS model is based on the success of People’s Republic of Delicious, an OPIRG initiative Nebel was involved in.

“We actually didn’t get as many donations as anticipated. I don’t know if that was because our PSS committee didn’t do as good of a job as they could have or if it’s just like there’s been a decrease in donations,” said Nebel.

So far donations have been done through person-to-person interaction and talking to businesses.

The RSM Algonquin chapter is in its first year as an OPIRG action group.

OPIRG action groups are made up of students and community volunteers working together toward social, environmental, or economic justice.

“It’s providing cheap food for students on campus,” said RSM member, Brendan Copegog White.  “It would be really nice to have actual affordable food to eat on campus because students don’t have a lot of money.”

The PSS will accompany a small charge or donations.

Originally published in the Algonquin Times on 25 Sep 2014